NO BULL's very own, Tyler Gregory, was interviewed for Natural Awakenings Magazine.

Check out the article below:

Whether it’s a damaging rumor posted on Facebook, a humiliating photo shared on Instagram or a threatening text, cyberbullying is increasing among today’s youth. A 2015 Cyberbullying Research Center study of middle school students found that 43 percent had been targeted, while 15 percent admitted to being online bullies. Meanwhile, students, parents and teachers are combating cyber-aggression with initiatives to make the phenomenon socially unacceptable in schools.

Tyler Gregory, 23, attended a small, insular high school in rural Ohio where bullying was problematic. As a senior with younger siblings approaching their high school years, he aimed to change the local culture to make bullying uncool.

Gregory decided to make a movie to submit to the NO BULL Challenge, a national organization that provides students a platform to develop and disseminate materials that spark dialogue about such troubling issues. Challenges ranged from teaching himself filmmaking and persuading students to participate to mustering the courage to present the project to his school. He achieved the transformation he sought, beginning with 70 students participating in his production.

“I appealed to classmates by asking, ‘How do you want to be remembered? Why not choose to be viewed positively, as leaders?’” says Gregory, who later became a spokesperson for NO BULL Challenge. To date, the challenge has received 600 submissions, garnering 23 million impressions through digital and social media, the vehicles of cyberbullies. A recent graduate of Dayton, Ohio’s Wright State University, Gregory has spoken to about 45,000 students in 27 states in school assemblies.

Nancy Willard, director of Embrace Civility in the Digital Age, headquartered in Creswell, Oregon, believes that such initiatives, which shift schools from punitive approaches to making bullying incompatible with accepted social norms, are the only way to bring lasting change. “We need to cultivate a climate where being hurtful is contrary to a school’s expressed values. Most young people don’t like to see their peers being hurtful and admire those that stand up to peers and have them make amends,” says Willard. The educator’s website, EmbraceCivility.org, offers free materials with concrete steps for students and teachers to foster positive school environments.

Cyberbullying isn’t limited to attacks on unpopular kids that lack satisfying peer relationships. It’s seven times more likely to occur between current or former friends and romantic partners than between strangers, according to a study led by Diane Felmlee, professor of sociology at Pennsylvania State University. Felmlee’s research further found that non-heterosexual youth are four times as likely as their heterosexual peers to be cyberbullied, while popular kids are also frequently targeted.

Two social dynamics seem to be at work: “One involves individuals that violate social norms, such as LGBTQ youth, and the other revolves around status struggles,” reports Felmlee. “In the latter case, bullies are vying for popularity, recognition and self-esteem. Those with higher social status may be attacked because they’re viewed as competition.”

Cyberbullying’s impact can exceed face-to-face aggression, as offensive remarks can spread far and fast, and live online in perpetuity instead of fading away, observes Felmlee. Gregory adds that it can also affect students’ ability to learn when some skip school to avoid tormentors.

Most youths don’t report cyberbullying, feeling embarrassed, afraid the situation will get worse or doubtful of remedial action. “Schools need to step up their response to bullying, make it known that it won’t be tolerated, set clear policies and enforce them,” counsels Gregory. Because most bullied youths don’t speak up, parents need to communicate openly with kids and be aware of their online activities, advises Felmlee.

Willard notes that it’s also important to address the bullies themselves through understanding their motivation, and then persuading them to accept responsibility and take steps to rectify harm. “This should be about reparation, not punishment.” Gregory’s high school film assures bullies that it’s never too late to make amends.

While it can be hard to stand up to bullies, caring peers can easily express support. “Bystanders have the power to change the atmosphere,” agrees Gregory. “Kindly approaching a student being picked on who may feel alone and ashamed goes further than most students realize.”

Those affected by cyberbullying also can cut off their aggressors, suggests Gregory. “The ‘block’ button is powerful. Cyberbullies want to see a reaction. Blocking them from social media exchanges or texting takes away their power.” 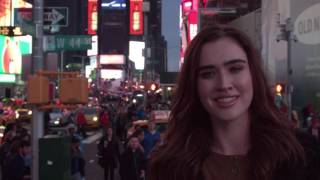 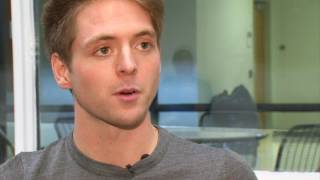